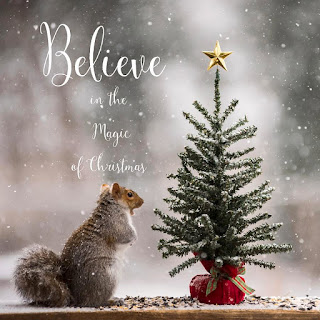 Back in October I was browsing Christmas websites - looking for recipes and ideas and came across a Santa site.  It was offering customizable videos for your lil one.  I thought about it and last week bit the bullet - paid the $5.00 - and made our first video.  (I think you get 4 customized videos with different themes)

The very best part - our lil one now has her own email address (one of the few perks of home schooling) so I was able to send the video directly to her - from Santa.

Side Bar - we've been having problems with the lil one and school.  Her teacher called me a couple of weeks ago to ask what was going on....... turns out the lil one was refusing - straight out refusing! - to do math work........ rolling her eyes at her teacher ....... AND turning her camera off !!!!  Her father and I were furious.... serious consequences were put into place......... Christmas activities were in jeopardy!  (her mother on the other hand had no reaction - sighhhhhhhh)

When I was making the video there was a selection 'naughty or nice OR undecided' list.  I loved it!!  She shouldn't be on the nice list ya know? but I don't think she deserved to be on the naughty list either........ so I picked 'undecided'.

Last night I made some lame excuse to check her email (she has her own laptop)....... we opened it up - and because she's not used to email had no idea what to look for.... there was the email from Santa ...... so I said 'hey what's that??!!  does it say 'from Santa' (sounding all shocked and surprised)  She said 'yeahhhhh I think so' I had to tell her to click on it .. (it was her first ever email!!)  She started reading and Daddy playing along came in to the bedroom saying ' what's up?'  She whispered " Santa sent ME an email!" 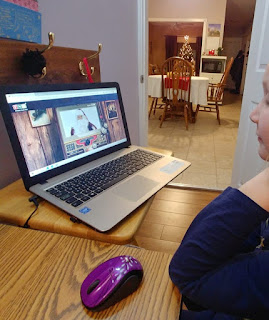 She watched the video twice - and asked how Santa had found a picture of her (easy to explain as that picture had been on Facebook) and said how she knew - KNEW - Santa was watching !!!