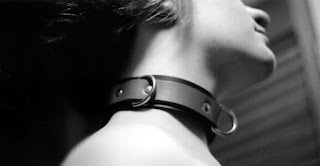 I had some spare time yesterday - had read everything new on Facebook - had more or less caught up on everyone's blogs...... so I logged onto Fetlife.  I hadn't been on there in months!!  I wondered how it was doing now that we are in the middle of a pandemic.  Obviously the munches weren't happening...... obviously play parties (they were few and far between before covid hit) weren't happening........ SO what was going on??

Truthfully nothing much....... I didn't stay on very long......  there were still the usual posts about looking for kinky sex partners (really??!!!) and bondage pics and nude pics........... but for the most part there was nothing that caught my interest.

The last few BDSM parties that I went to didn't look anything like the parties I was used to.... there were no protocols -- no respect - and a whole lot of sex going on in the dark corners.  I think that was one of the reasons Sir Steve stopped taking me to parties... Thus there hasn't been a whole lot of pain going on here - no knives or floggers or whips or paddles.  As I said once before...... playing for us involved going to clubs.. much like vanillas going to dance clubs.  Oh you can dance at home alone but it's just not quite the same thing....... there's an energy missing.