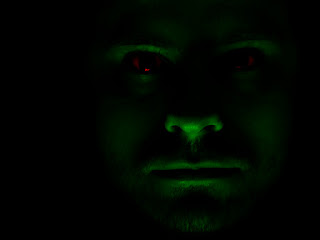 I thought I had made such strides forward over the last almost 8 months.  I really did.

Last week mini me told me she thought I would be getting a letter from W.  I said "forewarned is forearmed" and basically forgot about it.

The other day the postman brought me a registered letter.  Yeah so much for forewarned.

The letter was wordy - legal speak sort of writing - but what it boiled down to was W wanted me to confirm that I had taken everything that was mine out of the house and what wasn't claimed by the 15th of March was his to dispose of as he saw fit.

BUT by sending me this letter he opened a door for me.

You see - when I moved out 8 months ago - my toy bag got stuffed in a cupboard cause truthfully I never thought it would see the light of day again.  (Yeah right!!)  When I did open my toy bag - there was almost nothing in it.  I was so upset.  So many beautiful toys gone....... forever.  Or so I thought.

Ok W you want me to take what is mine??!! (my spine straightened just a little bit)  I sent him an email and said "right - this is a list of what I want" and list I did. When we were together - a lot of the 'toys' bought were bought by me... yeah they were given to him BUT they were for me (do you follow my logic??)

And there were 3 specific toys I wanted.

I wanted the steel spiked flogger

The circus whip - the first whip I ever bought 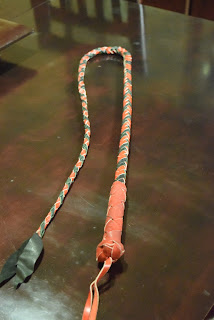 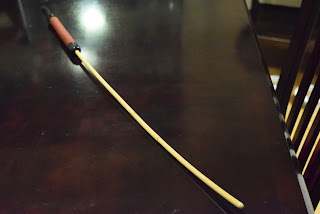 Well a couple of emails went back and forth between us - what it boiled down to was I was an "Indian giver" taking back gifts I had given him.  Technically yeah he's right - but he has 3 canes - umpteen floggers (and this one was given to him FOR me- protocols and all that) and the whip - well i had bought him at least 2.

So I didn't back down - and I didn't beg and I didn't cry - I demanded them back.  He threw them into a garbage bag and told me (in the late afternoon) that he had thrown the bag out on the front deck and I could pick it up whenever I wanted!

After dinner I decided to go and pick it up.  My heart pounded (literally pounding against my chest - I thought I was gonna be sick) as I drove down the street.  I was gonna park on the opposite side and slink up the stairs but at the last minute I parked right in front of the house and walked proudly up the stairs - head held high.  I saw him watching me through the darkened window.  I didn't flinch.  I didn't hesitate.  I picked up the bag and slowly with strength and grace I walked back down the stairs and to my car.

As I drove home I realized this was probably the very first time I actually stood up to him - demanded what I wanted - instead of begging - instead of jumping through his hoops and damn it felt good!!

The first thing I did when I got home was take the toys out and stroke them - silly eh??
then I took pictures and then I picked up the damn letter he sent me and tore it into little pieces.  DONE - I am done ........ oh he may lurk around the edges of my life - but he is torn into tiny pieces .. forever gone now ! 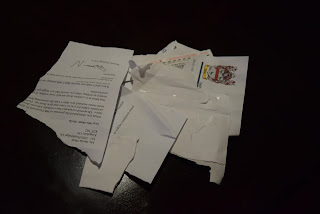 Now my toys are home - ready to be used by my new playmates and I am so ready to stand tall and strong again ! 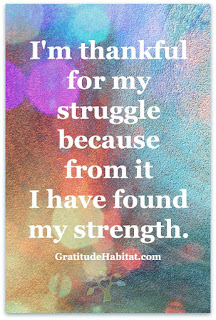