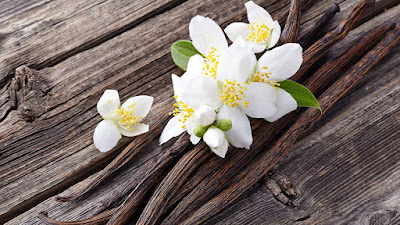 Two years ago it was decided our front deck had to be rebuilt - it was (I don't know) 45 years old?? something like that - it was in desperate need of replacement.

I don't want this blog entry to be about the piss poor contractor who was hired..... BUT let me just say this.... it took him over a year to take it down and put up a new one.  In  the process he totally ruined our small front yard.

This was our front yard for months!!!! 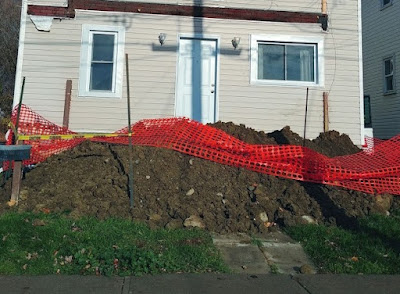 Instead of putting protection down when they dug up the foundation - they just dumped dirt and rock on the lawn.  When they finished putting the deck up they just kinda shovelled the dirt around ..... and left it.  No pathway replaced to the city sidewalk.. just a slopping slippy mud yard.  (the same one I slipped on this past winter)

Even before they had finished work I had a dream of what the front yard could look like...... BUT silly us - we assumed the contractor would keep his promise and come back after the winter and fix the yard......... that was LAST spring.  We haven't seen hide nor hair of him since....

I have described how I see at least part of the small front yard many times... I see a rock bed curling around the yard with a dwarf flowering tree close to the deck with some large rocks (small boulders) placed strategically.
Sort of - kinda - like this................ 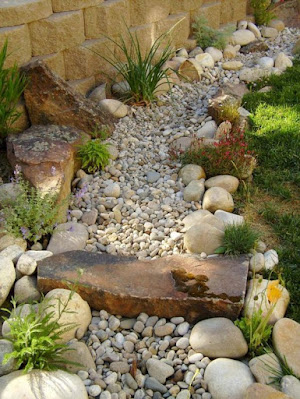 Saturday morning Sir Steve and I were standing on the deck having a smoke - when Sir Steve suggested we go to the garden center (which were - we thought - supposed to be open) and pick up the lilac tree I have been dreaming of....... and price the other supplies.  I just about jumped up and down with excitement!

Well the garden center was closed (see my sad face?) BUT the local big box hardware store WAS open - and their garden center was operating!  We found a healthy white lilac ..........(one day it will look like this) 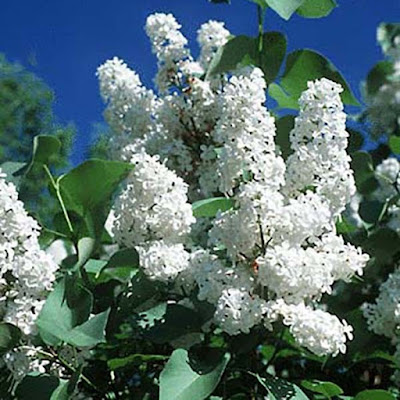 When we got home Sir Steve dug up the front side bit of the mess and put new black earth with peat and bone meal ... and proudly planted our lilac tree. 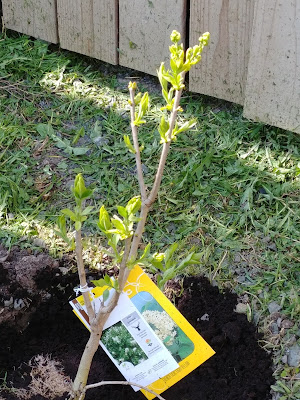 We'll save our pennies and pick up the rest of the materials to make my 'rock' garden and hopefully have it finished by the end of this summer !!!

Life is VERY good when the man loves you enough to bring your dream to reality!