Not even in the same book 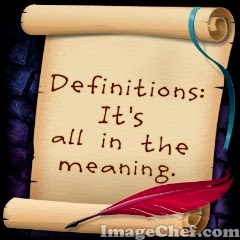 And so it is this Monday Morning - me sitting here staring at the monitor realizing there is not much of anything to report. Oh I could make excuses - like the weather was horrendous and so we missed a munch - or that I have been under the weather but the point is............ it isn't just this Monday morning.............kink is about as rare around here as unicorns.

And so I thought why not forget personal kink for a bit (hopefully it will return with a vengeance one day) and talk about kinky stuff - just stuff.

His question was "what is topping from the bottom?"

and I sat back and smiled internally and thought - easy peasy answer.  BUT what I heard in response to the question made me realize not only are we not on the same page - hells bells we aren't even in the same book!!!

The definition for "topping from the bottom" looked and sounded a whole lot like S.A.M
or smart assed masochist.  He was told when a submissive acts up - or plays the brat - or deliberately disobeys to get a spanking that is topping from the bottom.  The newbie sat there nodding - almost making notes.  I looked around the room........ everyone just sat there either nodding vigorously or giving blank stares.

DEAR GOD IN HEAVEN!!!  not even in the same book

I said quietly and clearly - in my book that is not topping from the bottom - that is being a S.A.M (and I didn't even bother to define it - what's the point??)

Topping from the bottom (the way I was taught) means - the submissive tells the Dominant exactly what to do.... when to do it... and how.  Pretty simple I think.  Doesn't leave much room for misinterpretation.  and has nothing - not one damn thing to do with being a brat/SAM!!!

IF the simplest of definitions is cock-eyed and skewered - imagine what the deeper more important definitions look like!!  I think over the next little while - every once in a while - I will take one of those skewered cock-eyed definitions and share what it means to me - what I was taught it meant - many moons ago - when dinosaurs walked on earth.  You certainly do not have to agree with me - and I encourage you to disagree with me in the comment section - or simply blow me off as being old and out of touch.

It's the best I have to offer right now.