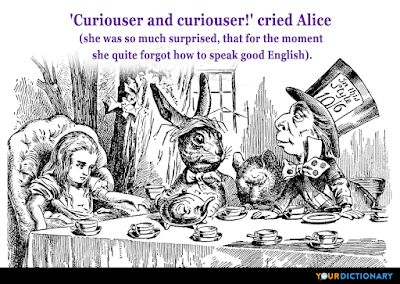 One of the first times I was out with Sir Steve and his then wife - she regaled me with a story about how she told some gay men that Sir Steve's penis was the size of a water bottle.  He told me then and has repeated it from time to time  how he wasn't impressed with her doing that.  So I assumed he was private and didn't like the attention.  And I have respected that.

Except when I haven't (cheeky grin)

I have alluded to his size here on The Continued Journey.........  and occasionally teased him in public - usually inside joke sort of thing where I'll play with my water bottle while watching him.

Privately is another thing - because truthfully it is a thing of wonder.   I consider myself very lucky and make sure he knows it! 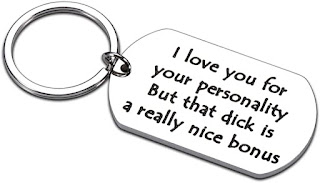 He had a good laugh about it...... and announced he would be putting it on his car key ring. I was a bit surprised - but hey who reads people's key chains???

Except - yesterday - Sir Steve told me he showed a female friend from the office!!!  (WHAT??) and apparently she took a picture of it and sent it to her boyfriend!!  What the hell is that about??!!!

So now I am readjusting my thoughts on how private Sir Steve is about his cock........ he's just like any other male....... le sigh.  Next he'll be telling me there's no santa claus!!!

oh and for those of you who told me to wait till after Christmas for my adult play time..... you were right !!  In the week after Christmas and before he want back to work we had 2 play dates!  YUM!!  though it does take me a couple of days to recover.... good thing I am a masochist and get off on 'pussy torture'.