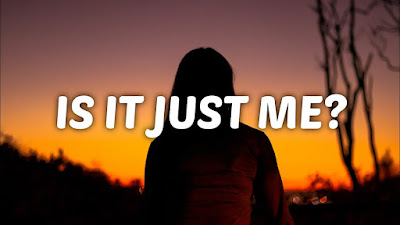 Ok so they had her cremated and had a memorial mass last week - remember that drama? the grandmother was all pissy cause she couldn't go to the mass (despite it NOT being the funeral - that will be this summer) and blamed us.  The day after the funeral she posted that her mother's ashes were in a russian doll......... similar to this one.... 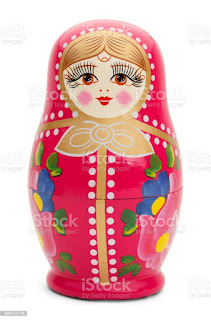 you know the dolls - you open them and there are progressively smaller dolls inside.  I felt a little squeamish  - but okkkkk you want to put your mother's ashes in a wooden doll that's your decision.  The doll/ashes were with the grandmother's brother.

This past Saturday would have been the great grandmother's 102 birthday.  The grandmother posted a pic of the russian doll sitting in her apartment and said that "Big Nanny (as they called her ) had come for a visit."  I was a little gob smacked ........ are her ashes going to wander around from family member to family member???

the grandmother posted pics of them all eating chicken dinner - big Nanny's favourite meal - on Saturday.  They even made a plate for Big Nanny and put it by her ashes.

(I am still squirming over that )

Then - there was a video of a birthday cake - with a lit candle - being carried over to the ashes - the family singing "happy birthday".  THEN the lil one was called on to blow out the candles for Big Nanny.

Honestly if I had been there for this 'birthday party' I would have had nightmares!!

So tell me folks - is it just or me or does this seem a bit weird to you too?