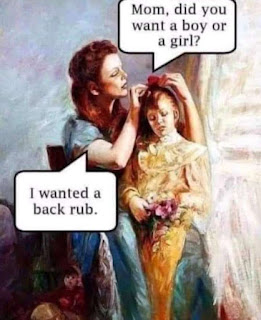 Let me see if I can retell the story - and if you can see the humour in this....

The very first time Sir Steve came to spend a weekend with me - first time EVER! after 10 years.  We were both a little nervous - would it be as good as we imagined?? would we be disappointed ???
He arrived Thursday - and we spent most of Thursday night and Friday morning f*cking our brains out - yes that part was as good as we imagined.  We had plans to go out for dinner with 'like minded' friends for dinner on Friday evening.  After lunch Sir Steve suggested we go for a "nap".

Now one of the things I struggle with is double meanings.  So when he suggested a 'nap' I thought he meant 'sex'......don't ask me why.... le sigh.. I just did.... and my belief was reinforced when he stripped naked and climbed into bed under the covers.  ( I never stripped for a nap - never ever climbed under the covers for a nap) So I stripped and joined him in bed  -- snuggling up to him..... reaching for his cock - caressing and coaxing.  He told me to roll over and he would give me a back rub.

OHHHHHHHH BOY!!  back rubs always - ALWAYS - turn me on!!!  He obviously wanted sex right?? nap was code for sex!!

AND we did have sex !!!  only getting up in time to get ready to go out for dinner.  Needless to say our weekend was a HUGE success.