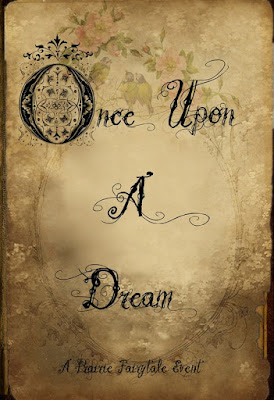 
Once upon a time -- a long long time ago -- I was suddenly single - uncollared.  I was understandably hurt and withdrew to the safety of my castle.  But there were friends - good friends - who wouldn't let me hide.  They pestered -- they cajoled -- they pleaded and threatened.

One night I weakened and agreed to accompany a friend to a play party.  He had promised me some 'eye candy' and the possibility of some play.  He didn't lie -- the eye candy was pretty good --and the play was awesome.

The husband was a Sadist -- and as luck would have it -- my friend -- the eye candy and the Sadist and myself became a 4some of sorts.  We would go out most weekends and play and party.

Oh the lines were drawn very clearly in the sand -- they were a couple -- monogamous -- so any deep feelings/longings were to be ignored -- or buried deep.

The Sadist and I had some pretty amazing scenes -- mind blowing scenes to be honest.  He could dole out pain with floggers and paddles....... he could pull out the knives and draw pretty patterns on my body.

There were so many memorable times together it's almost impossible to sort out the best ones to share....

Probably the most 'infamous' scene -- was an evening where I had been beaten -- and then enjoyed the path of the knives across my body......... people had been watching (they almost always gathered around to watch the Sadist play with me)  The scene was over and I was just lying there enjoying the pretty colours and dancing with my fairies while the Sadist was extolling the virtues of some of his knives.  He picked up his favourite knife -- his grandfather's Boy Scout knife.  Somewhere in my foggy brain a voice rose up and taunted the Sadist (one should NEVER taunt a Sadist) and said " that knive wouldn't cut through warm butter"

I heard him say "REALLY?" and before I could back pedal -- I felt the knife slide under the side of my thong (please note -- it was the only article of clothing I was wearing)..... felt the material lifted up off my skin and then felt that side of the thong fall away from my body.  I was speechless -- then immediately felt the knife slide under the opposite side of the thong - and again felt the material slide away from my body.  I slid off the table onto the floor like melted butter ....... spluttering "I can't believe you just did that!!!  I don't have any other underwear" and I was laughing and embarrassed.  His wife (eye candy) was laughing and she leaned down and said " from now on you'll know to always bring an extra pair".

And there was another time that stands out in my memory.  He had been playing with me (and I should add here -- play time was always intense and usually lasting at least an hour).  The way I remember the incident - he was again using his knives to tease and taunt me .. making me hot - very hot -- and needy.  And quite often when he sensed that heat - that need  -- he would do something spiteful (small smile - after all he was a Sadist).  This time -- from deep inside the heat of my body -- he changed the intensity from sensual to masochistic pain.  He was standing, straddling my legs when this pain hit.  And I had a natural - knee jerk reaction -- I bent my legs up.. quickly and with some force.  My heels caught him in the groin and I got to hear a thud.  I turned my head to find my Sadist on the ground with his family jewels delicately cupped in his hands. I was a little mortified -- but largely amused.

Our play times were frequent and fun - full of laughter and good natured teasing.

On Sunday after our play times my phone would ring and eye candy and the Sadist would pop over for coffee and long talks that would last in to the early evening.  It makes me smile now -- because I realize that was their 'after care' their way of making sure I was ok -- grounded again.

Over the weeks/months that we played I became more and more attached to the Sadist.  I never said a word -- it was - in a sense - my burden to bear.  And bear it I did..... to do otherwise would put the relationship we had in jeopardy.

I clearly remember the last time we played.  Remember it like it happened last week.  My feelings for the Sadist bubbled up -- threatening to boil over.  I was scheduled to leave the following week on a two week holiday.  The thought of not seeing him..... not playing with him.... not feeling his hands on my body -- was too much to handle.  We were at a play party out in the country -- playing in the great outdoors under the stars.  I remember sitting quietly off by myself --- feeling the tears welling up -- feeling so lost and frightened.  I got up and quietly walked away from the group -- went to where the cars were parked and went and sat on the hood of my car and smoked a cigarette.  The Sadist came and found me.  He was cross with me for wandering away -- there was only one rule he had with me -- if I was going anywhere I was to tell him.  I had broken that rule.

I lied to him when he asked me WHY I had wandered away -- when he asked WHAT the hell was wrong with me.  I couldn't tell him I had fallen in love with him !!  So I lied -- I said I was worried about this trip -- about traveling so far away by myself  -- alone.

That was the last time we played -- two weeks later he picked me up at the airport and told me his marriage was over.  He was clearly very hurt.  My heart broke -- I knew that this wonderful relationship I had been enjoying was over. 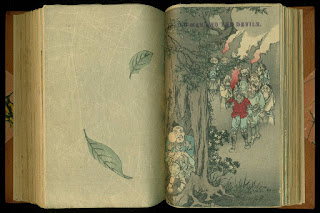