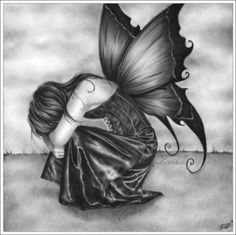 It was an emotional draining week.  And honestly it's just beginning.

The lil one was devastated... Sir Steve was/is heart broken.  It's so hard to see him struggling... in pain... and I really can't do anything to make it better.

On Friday he left work early and after the lil one went to her mother's we headed out to the country for the weekend.  It was basically a very quiet weekend.

This is the last week of school for the lil one.... and then next Friday she goes to her mother's for a week. (summer is one week with mother and one week with us).  On Saturday we will head off for the long drive to his parent's.  Sir Steve is the executor of his father's will and he needs to find all the paper work and get started closing out his father's affairs.

His father didn't want a funeral - but his stepmom wants to have the family together to spread his ashes.  We have no idea when that will happen cause his family is spread across Canada literally from the west coast to the east coast and right now of course there is no travel between provinces.

I do want to thank everyone who stopped by The Continued Journey to send condolences - my heart was full!

For the next little while I won't be around blogland very much - but from time to time I will pop in and leave an update.