On Monday I decided to head off and do some exploring with my trusty lil camera.  The weather was near perfect - well no storms and not sub zero temps.

I headed off to find the Kingston locks.  My mother used to picnic there all the time and I figured what better place to get some neat shots of frozen water than at the locks.  Unfortunately though, the locks appear to be closed in the winter - definitely the parking lot is closed -  I managed to scoot around the corner and pull my car off the road - not quite in the ditch but pretty damn close.

I perched half on/half off a snow bank - on a curve in the road - snapping shots of the ice and water.  Definitely not an ideal shooting arrangement.  It took approximately 5 minutes to exhaust my shooting options.  The outcome wasn't bad - but it wasn't great either.................... 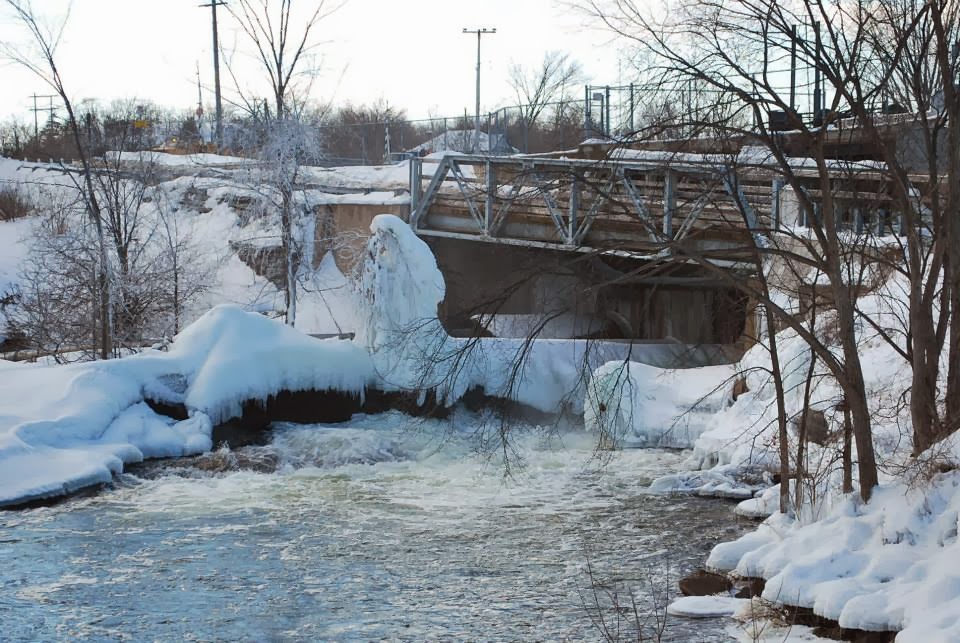 Now I was faced with where to go for more shots.... I hadn't spent all that time layering the clothing - pulling on my mountain man boots, hat and scarf and mittens to head home after only 10 minutes.  So I headed back to Lemoine Point - the area of my first ever photo shoot with my class.  Folks had talked about all the animals in this conservation area - so I had high hopes of spotting an owl - or a fox - or maybe even a deer.

The one thing about Lemoine Point is it is vast - and I do mean vast!  You can walk for hours.  I decided to take a new pathway.  First mistake.  It was mostly through open fields of snow swept drifts.  Can I say BORING!!! pretty but boring! 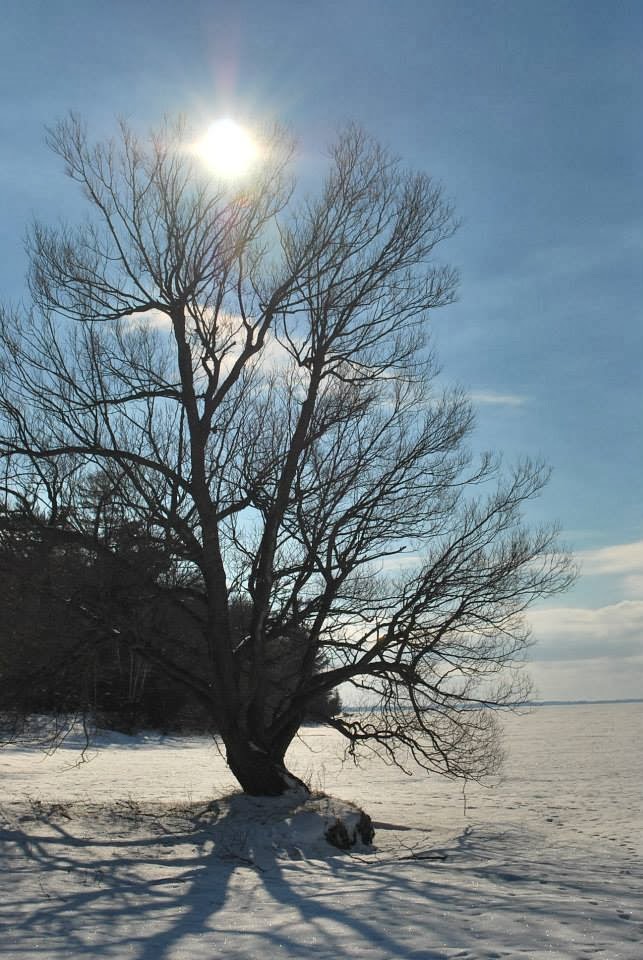 After a good 20 minute walk I did manage to work my way into the "forest" area.  I walked quietly taking my time (watching my footing over small hills and icy patches) keeping my eyes and ears open for signs/sounds of animals.  But still nothing more than stark trees against a winter sky................ 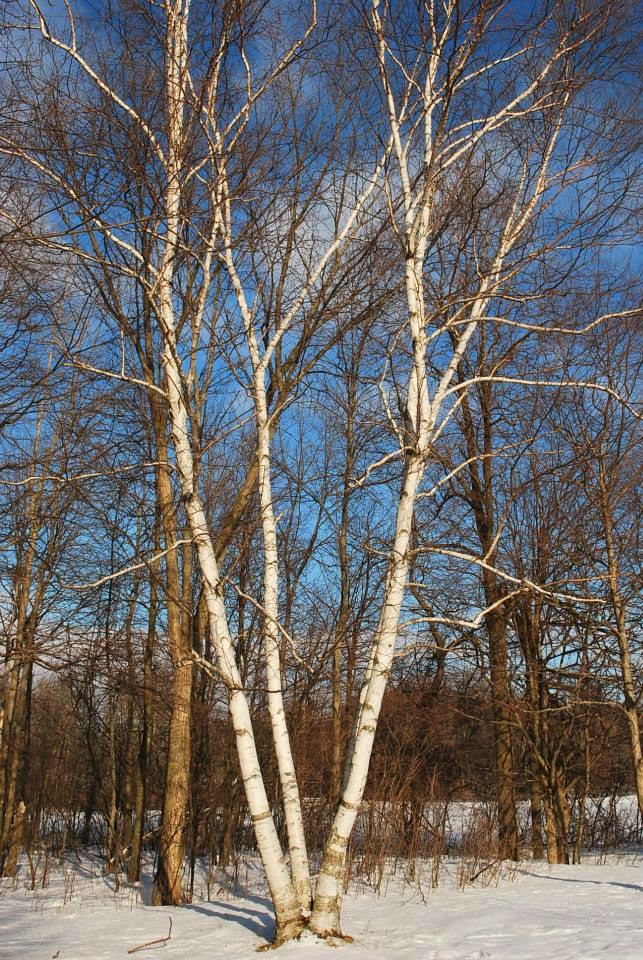 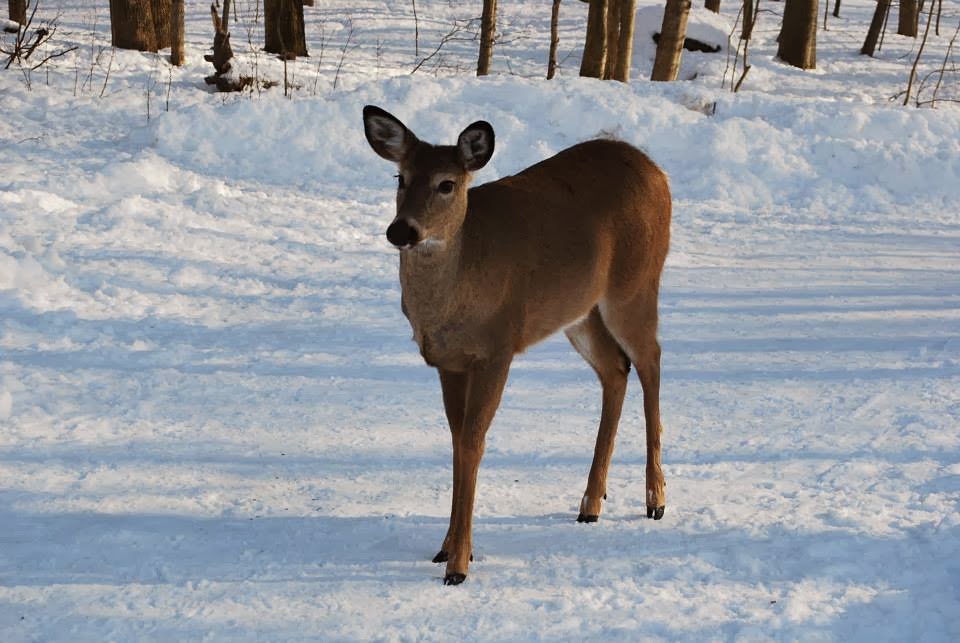 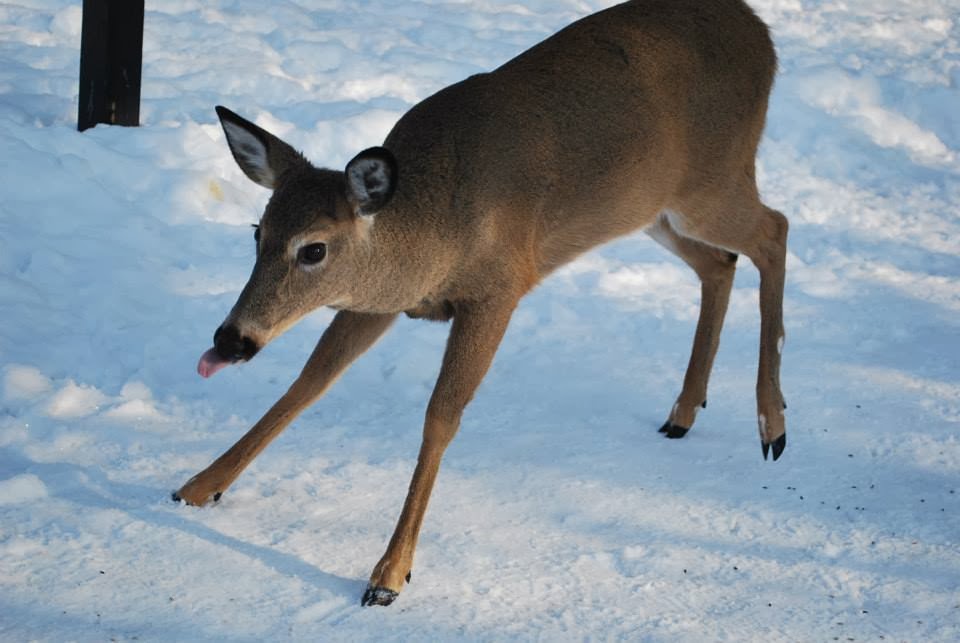 BUT that is not the end of my photographic adventures.

Yesterday W was heading down to Montreal to go to his train club.  I was to do the grocery shopping in the morning - and W announced - I would go back out again in the afternoon and take more shots.  I whined a bit - "where will I go?" and he answered "don't much care - pick a park" and headed off to Montreal.

So yesterday afternoon found me layering on the winter clothes to head back out to snap some more pictures.  I have had this idea to photograph junk yards.  I don't know why but they just appeal to me.  However I didn't have a clue where to find one - wondered about how willing the owners/operators would be to have a stupid female wandering around snapping pictures.  I decided that would take a whole lot more investigation than I had time for ........... BUT .... there is a tourist area just north of where we live called Sharbot Lake.  I have seen the road signs for years and thought I might find some interesting subjects up there.  So off I headed.  (editor's note here - I didn't have a clue where it was other than north of us and this was really pushing my limits going off somewhere new by myself)

I am not sure what I expected - definitely NOT what I found.  First off the first road sign told me that Sharbot Lake was about an hours drive.  Second it wasn't on a big highway but a two lane highway - that was snow covered.  I almost turned around.  I should have turned around.

I kept going by farms with horses and wishing I could stop and take a picture - but there was absolutely no where to stop............. no soft shoulder only snow banks.  At one point I felt like I was on this road to nowhere with nowhere to turn around.  I began to question the sanity of this adventure.

It was a picture perfect drive.  And more than once I wished I could stop and snap a shot or two.  The snow glistening like diamonds on the trees....the multiple small lakes I passed untouched by man............... it was glorious (well it was when I dared to take my eyes off the road)

Finally I reached Sharbot lake.  I drove right through it and nearly missed it.  About the only reason I knew I was in the town was the speed limit was reduced from 80kms to 60.............. 5 minutes later I was back up to 80 heading along this winding/twisty turning highway again.

I found a spot to turn around - carefully.  I got the car heading south and started home.

There was one spot though - I had seen it heading up - with a dilapidated old building by the edge of the road (sort of).  I was bound and determined I was gonna get that one shot if it killed me - I wanted/needed proof for W that I had actually tried to do another photoshoot.

As I came around a turn in the road there it was................. I looked and the soft shoulder was non-existent.  But a little further down the road it did widen a bit.  I slowed down and pulled the car as far over to the side as I dared without putting it over the edge - into a ditch or worse - into the river.  I put my emergency flashers on - carefully climbed out of the car with my camera and scurried back to the spot. 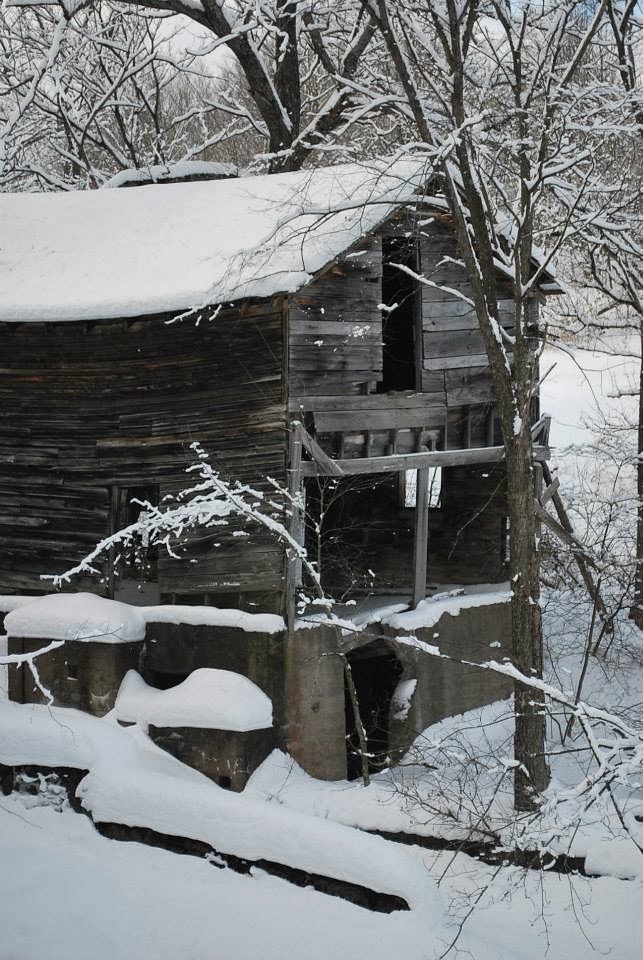 Today we are housebound again......... more snow and blowing snow.......... BUT February Fest starts here tomorrow and I am planning/hoping to head downtown and get lots of pics of snow sculptures and toboggan runs and all the excitement.